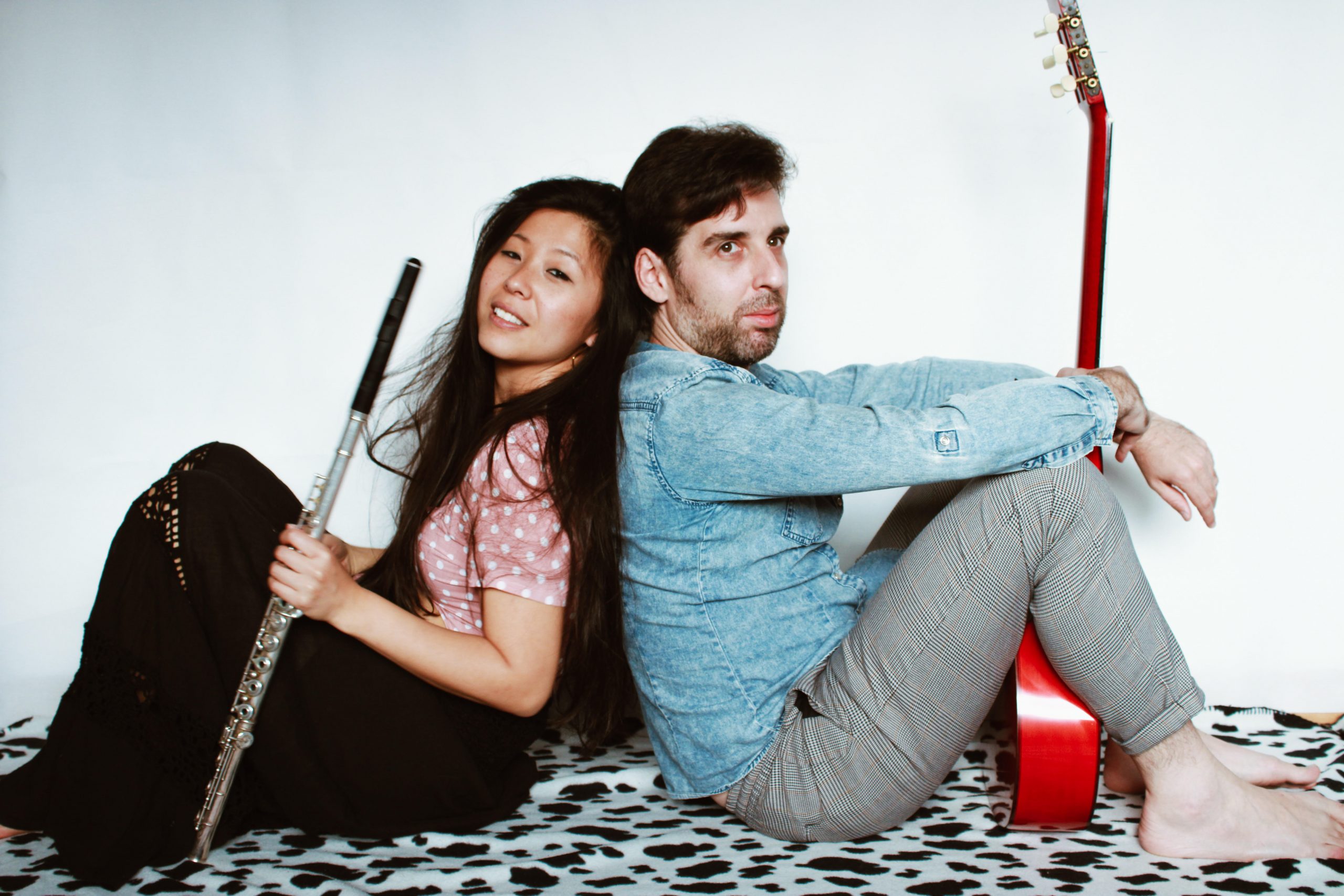 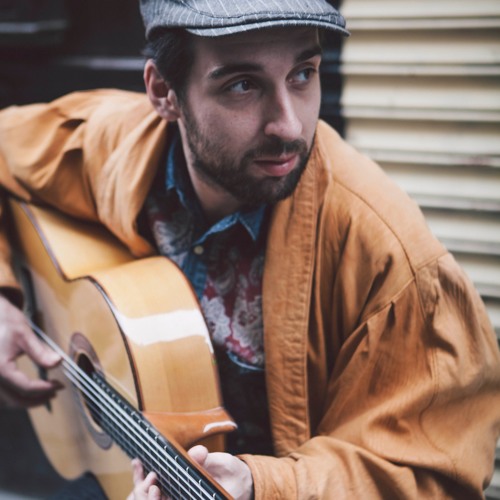 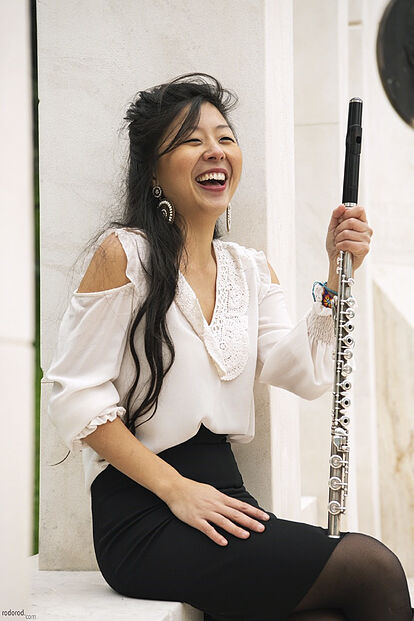 Flautist Lara Wong and guitarist Melon Jimenez hadn’t even spoken a word to each other before they met on stage at a flamenco concert. Never had they imagined that the moment the spotlights turned on and they picked up their instruments, a magnetic and magical connection would be sparked. Since this first encounter in Madrid 2018, this electric couple has been enchanting audiences around Europe and is now playing in Canada for the first time. Percussionist Curtis Andrews will be making a guest appearance.

Guitarist Melón Jiménez has made plenty of music, not only in flamenco music but in many related styles. He is both devoted to the tradition of his Andalusian gypsy roots and also, to the innovation of the flamenco guitar, meticulously translating techniques from the sitar, slide guitar, and African gimbri to his guitar. He is joined by award winning flautist Lara Wong, a fresh and distinctive voice in the flamenco scene who is breaking new grounds in flamenco with the bansuri flute. The dynamite encounter between these two extraordinary artists results in a treasure chest of musical gems that have their origins in flamenco and are embellished with Indian and jazz influences.

ARTIST BIOS
Melón Jiménez is one of the most notable guitarists in the current flamenco and world music scene in Spain today. Having grown up between Madrid and Jerez de la Frontera (the cradle of flamenco in Andalucia), Melón began to play the guitar at age 3, following in the footsteps of his father Miguel Jiménez. Melón’s professional career started very early on. At the young age of 15, he became flamenco pop star Niña Pastori’s official guitarist. This was only the beginning of his first years touring great stages all over the world. In 2009 he accompanied the legendary singer Enrique Morente in his last concerts. In 2011 he embarked on an international tour with famed sitarist and Grammy award winner Anoushka Shankar, daughter of the great sitar master Ravi Shankar. Melón’s collaborations continued with renowned musicians are countless and include artists including Ketama, Richard Bona, Estrella Morente, Jorge Pardo, among others.

Lara Wong is a flautist, bansuri player, and composer. Award winning musician, Lara Wong is originally from Vancouver, B.C. and now resides in Madrid, Spain. In 2021, Lara won the the prestigious “Filon” first prize award for best flamenco instrumentalist at the Festival Cante de las Minas, making her the first foreigner to win in any category of the festival’s 60 year history, and the first female to win the instrumentalist category. Lara’s musical journey began in the classical world and she earned her Bachelor’s of Music in classical and jazz flute at McGill University in Montreal. During her university years she began to dedicate herself to flamenco and in 2012 she decided to go to Seville to study flamenco flute and singing at the Fundación Cristina Heeren where she studied with various flamenco legend. Now she is becoming a recognized emerging flautist in Spain’s flamenco scene, playing alongside artists such as Tino di Geraldo, Bandolero Ruiz Motos, Tomasito, and Ivan Vargas Heredia. In Canada, Lara is a recipient of various grants from the Canada Arts Council for her dedication to the development of the “flamenco flute” and for being a pioneer of the flamenco jazz genre in Canada. Lara has played in festivals such as: Festival Arte Flamenco Mont-de-Marsan, Vancouver International Flamenco Festival, and Festival du Monde Arabe, to name a few. Lara tours with various ensembles such as “A Kali Canto”, “Fin de Fiesta”, and La Caramelita Flamenco Company” and has performed in France, Japan, Armenia, Canada, and Mexico.
www.larawong.com